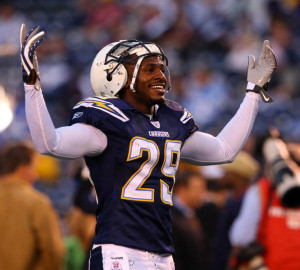 Drayton Florence is a former superstar defensive back in the National Football League where he played professionally for eleven years. Playing for Carolina Panthers, Detroit Lions, Jacksonville Jaguars, Buffalo Bills, and Denver Broncos Drayton knows what it means to play his best at the highest level.

Drayton is a University of North Florida graduate and has a Bachelors Degree in Sports Management. Florence was drafted with the 46th pick overall in 2003 from Tuskegee University, he is the highest drafted player from Tuskegee University’s history where he has been inducted into the Tuskegee University Sports Hall of Fame. With eleven years of playing experience and over 100 career starts, the skills and expertise he has amassed is unprecedented. He started his own non-for-profit after his rookie season, The Drayton Florence Foundation which has raised over $300,000 for various programs and events for communities locally and internationally.